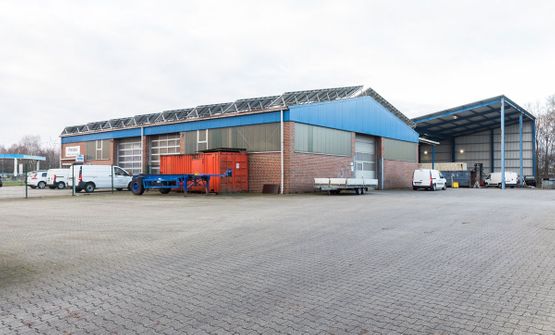 Everything under one roof at the Dörpen freight village

Frericks Metallbau GmbH & Co KG can already look back on a long history. The company was founded in the industrial area in 1989, which today is the Dörpen freight village, at Industriestraße 6.
The freight village brings together various companies that provide all necessary services for goods transport, forwarding agencies, dangerous goods transport and loading units storage under one roof.

The truck washing facilities of Frericks Metallbau GmbH in Dörpen

In 1990, just one year after the company was founded, a commercial vehicle washing facility was built to benefit from the very good location and the steadily increasing truck traffic. And with that, Frericks Metallbau GmbH in Dörpen created itself a second mainstay; the second lot of facilities were built in 1999 and ten years later, in January 2009, the third truck wash followed.
All washing systems meet the highest quality standards. In October 2001, the systems were awarded the TÜV (German Technical Inspection Association) seal for TÜV-tested washing quality for the first time following after testing. In 2009 the TÜV certification according to ISO 9001 and 14001 was fulfilled.